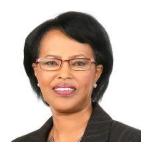 Dr. Mengesha was born in Ethiopia where she worked as a social worker at the Prison Authority before making Aliyah in 1984. In Israel, she earned a B.A. in Social Work at Bar Ilan University, followed by an M.A. at the Hebrew University. In 2007, she received a Ph.D. in Philosophy from the University of Sussex. Her doctoral dissertation dealt with socio-educational mediation among Ethiopian students in the Israeli school system. Dr. Mengesha is a graduate of the prestigious Mandel School for Educational Leadership.

Apart from having served as FIDEL’s first director, she worked for the Ministry of Welfare, for Shatil, and as CEO of the Ethiopian National Project. She also represented Israel at the UN’s Durban conference against racism in 2001.  Dr. Mengesha received Hebrew University’s “Shmuel Rotenberg Prize for Jewish Education”, a Leadership Prize from Bar Ilan University, and an award from the Open University.  She recently published the book “Here I Am” which details the rich experiences of her life on the road to success in Israel.

Dr. Mengesha served on the board of directors of the Israel Broadcasting Authority, and has volunteered as a board member for numerous organizations including the Achva Academic College,  Amigour Housing Management Company and at the Hebrew University. 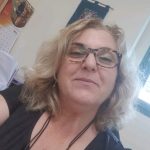 Gil has more that 35 years of hands-on experience in business management and working with non profits in Israel. 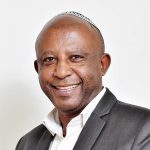 Born in Ethiopia Nega made Aliyah in 1995 and has dedicated his professional life to advancing the Ethiopian-Israeli community.  Prior to making Aliyah, Nega completed his teacher training in Gondar, Ethiopia and served as the education director of the Addis Ababa immigrant transit camp, responsible for education of over 4,000 Ethiopian Jewish immigrants.   Nega joined FIDEL in 2003 and served as director of the FIDEL crisis center for teens at risk and national director of FIDEL’s youth centers. Over the past 20 years, Nega has led initiatives aimed at  truancy-prevention, mediation and group facilitation. .

Since 2011, Nega has served as Director of Community Development and Mediation.  He oversees the FIDEL mediation program, training placing and guiding social and educational mediators in schools with a high concentration of Ethiopian-Israeli students. The mediators bridge the cultural gap between parents, school administration and the students. 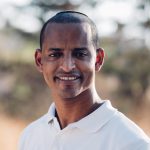 Shalev made aliyah in 1991 at the age of 7 during Operation Solomon after making a six week trek.  His family settled in the Kiryat Moshe neighborhood in Rechovot. After high school, Shalev attended a prestigious pre-army academy prior to enlisting with the paratroopers where he served for 7 years achieving the rank of company commander.

Upon completion of his significant army service, Shalev has been dedicating his talents to creating and executing educational programs for youth and young adults.

He directed the Leadership program for the Bnei Akiva youth movement, managed the National Service department for teens in Israel’s social periphery and youth at risk, and served as a mentor for the Yedidim organization dedicated to guiding and advising youth towards choosing meaningful post high school paths.

Shalev’s key to success with youth is based on his keen understanding of how: “those that sow in tears will reap in joy” – there is little gain without pain and the willingness to step out of your comfort zone. 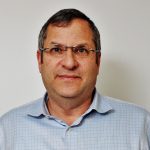 Yaakov grew up in Winnipeg Canada and made aliyah from Toronto in 1989 after advancing through the ranks in the advertising industry. He joined FIDEL in 2015 with a rich background in education, resource development and marketing.

After graduating from the Joseph Strauss Rabbinical Seminary in Efrat, he and his young family served as shlichim in Canada in the late 90’s. Throughout the past twenty years, Yaakov has led educational initiatives and worked in the management of NGOs with the aim of social impact.  He has also guided youth and olim through the conversion process with NATIV – the National Center for Jewish Studies, Identity and Conversion.

Yaakov has a Bachelor of Commerce (honors) and a Masters in Judaic Studies. He also completed Machon Magid’s Resource Development Management course, and has a diploma from the Sha’al Institute for Educational Leadership.

Youth Centers – Serve as a home-away-from-home where youth workers and volunteers provide enrichment and support.

Educational Mediators – Professionally trained liaisons who serve as advocates in the schools in order to overcome obstacles.

Youth Leadership – Challenging teens to grow and initiate in order to become the future voices of the Ethiopian community.

Parents Empowerment – Encouraging parents to become active in their children’s education and to advocate to achieve goals.

Outreach – Familiarizing the public with Beta Israel heritage and culture via seminars, lectures and media appearances.

We look forward to updating you